The rich history of Graber Post Buildings, Inc is what makes it possible to provide good, quality products for reasonable prices.

Graber Post Buildings, Inc. began in 1973 with Glen S. Graber running a 3-man Amish building crew just trying to support their families. The crew built post-frame buildings, which was a rather new industry at the time. “We were just trying to make a living, and our growth just kind of evolved over a long period of time,” said Graber recently. “We’ve just had a gradual, sustained growth over the years”. In the early years, Glen would work with the crew during the day, rush home to shower and eat supper, then grab his briefcase and sell buildings to a growing list of customers at night. 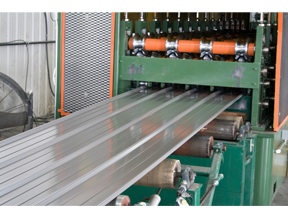 In 1976, Graber built a 60 by 244-foot building to house Graber Post Buildings, Inc., on 11 acres of land sold to him by his father, Simon J. Graber. Since 1984, GPB has erected nearly 10,000 post-frame buildings. Although the need for post-frame buildings hasn’t disappeared, Glen once feared it would, so he expanded the business. He began buying building materials by truckloads to save costs on materials and thus plunged Graber Post Buildings Inc into the retail AND wholesale markets.GPB used its own materials to build pole barns at lower costs, then sold the excess materials to other construction crews. 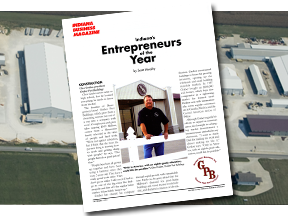 In 1993, Glen Graber was chosen to receive Indiana’s Entrepreneur of the Year Award. 2006 and 2007 were years of great expansion for the physical plant at Graber Post. After a devastating fire, new Truss Manufacturing and Trim Manufacturing facilities were built, giving GPB over 300,000 square feet of under roof production area. In 2007, a new $1 Million state-of-the-art facility was built to house the company’s offices, showroom, and Hardware Store. 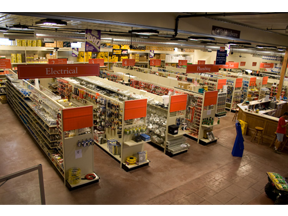